Can I find true love in 4 minutes?

When you tell everyone you know that you write a blog about dating your friends and family are always on the “lookout”. One such tip was sent to me through Facebook by my friend Lyds (no * – it’s her real name- Shocker!). The event was Speed Dating at the local entertainment center. I IMMEDIATELY signed up!

Now I must tell you I have tried to embrace my singlehood. I even created a mini single “bucket list”.  This time the bucket will be finding a man to marry. I figure I will (hopefully) only be in this stage for a short time inn my life so might as well live it up!

So, I get the event and sign up. At the time I’m talking to a guy named Jason* (we all know the * drill by this point). He and I decide that we’re going to go together for our third date. Now you may be thinking… What? Are you seriously going to bring a date to Speed Dating? Umm yes yes I am. First, I don’t want to be murdered in the parking lot by a new guy who just knows that he loves me and wants to wear my skin in his pocket. Second, Jason and I were not that serious and talked a lot about our dating lives so it was an obvious fit. Third, do I ever do things in my dating life that make sense?

So in the days leading up, Jason and I  look at the Facebook event to find out who says they are going and who marks interested. It becomes a nightly ritual to pick out different people that we’re sure are a perfect match for the other. One thing that Jason and I agree on is that a guy named Bill is perfect for me. He may be all of 20 years old and judging by his Facebook account definitely at a different place in his life. So he became my “go to” guy to say that I’ve found my soulmate.

So the day of the Speed Dating I am so pumped! I am excited about my date and about marking something off of my ole bucket list. I determined to have fun and not be nervous. Before the date I hit several road bumps… my tire went flat and then I forgot a VS bra at home when going to my sisters house for hair and make up. (She rocks it!) So I was feeling a little “off” but ready to go.

I met Jason there since I was all over the place. He looked good (I mean really I don’t go out with people that aren’t attractive.. especially not multiple dates) and we headed to the bar. I got 2 shots of liquid courage, we chatted a bit about movies and we found the room.

The room was set up nicely with long tables with chairs on both sides, a bar, and a list of questions in the middle for ice breakers. The workers assigned me a number and I found the seat and waited… and waited. Apparently, timeliness was not an attribute that most of the patrons possessed. So I of course chatted with the people around me and checked out the people walking in.

Now, by this time I hope that each of you knows I try to be kind when talking about people. After a few minutes I could tell three things about this event…

So here is a brief description of some of the people that showed up to the event:

While I was waiting, my first match came in. Now, I am not a shy person by any means so I thought I’d start up a conversation right away. We talked about his life and mine. I gave him advice on what to say to the ladies (this becomes a theme throughout the event). I also asked him some of the questions listed on the cards. Since, everyone was still piling in we had quite a bit more time to chat then anyone else. 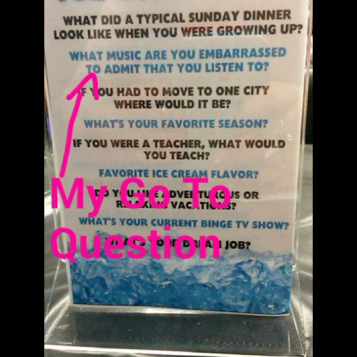 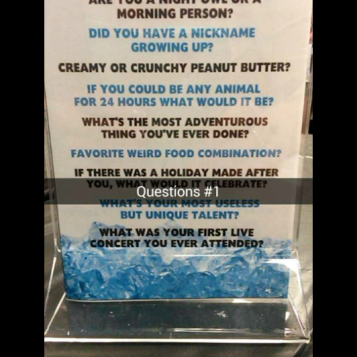 So after about 20 minutes chatting it up with Guy #1 the event begins. At this point I had already asked him most of the questions on the card. So I asked him what his go to break up song was. After all of our previous conversation, this ended up being our connection moment. He answered “I Don’t F**** with You” by Big Sean… Also my favorite! I put a yes next to his name and our time was up.

Now the remainder of the 24 people seemed like a blur. But, there was a few things in common with most of the guys.

Best Friends: Every guy I acted like I was their best friend as they came up. Actual snip its from my introductions”George I’ve been waiting all night!” “Tim! C’mon I know Jennifer (the girl next to me) is amazing but you’re really cutting into our special time. Move seats buddy!”  “Jordan have you found any ladies yet? Anyone really turn your head?” “Roger you can’t mark  yes to Jennifer in front of me… puts too much pressure on our convo!”

Staring at my “Shirt”: Most couldn’t read my name tag or liked staring at my shirt… the entire time. I really should have printed my name. Apparently they didn’t teach cursive in a lot of schools. I asked Jason what the deal was, during our time, and he recommended I not bend over (during the other guys time). I didn’t after that. 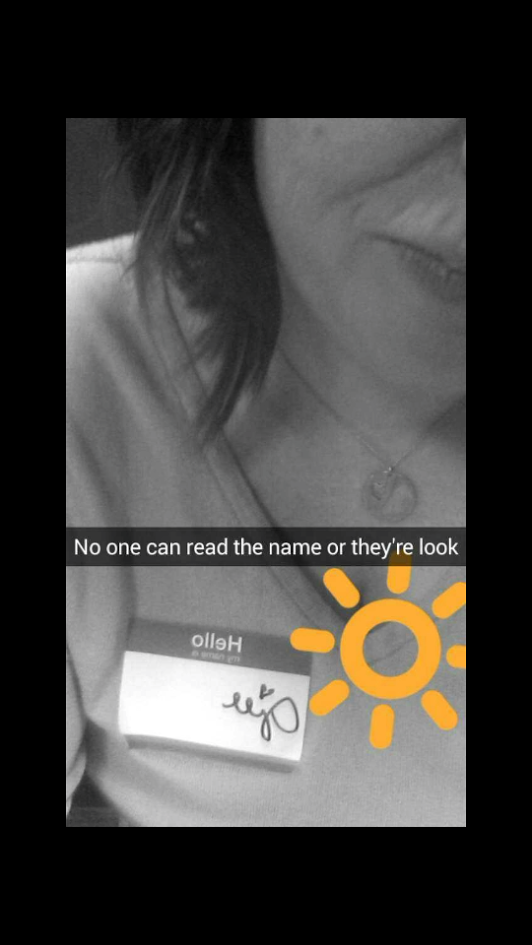 No Spark: Like my greater than 4 minutes dating experience, most of the guys were nice but 0 connection. Like none… at all. Honestly, by the end I thought maybe all I need is 4 minutes?

Oh as for my soulmate that Jason and I determined for me named Bill. Well this was our convo:

Me: “Bill! I’ve been waiting all night.”

I look away awkwardly, The rest of the conversation was a lot of card question reading and me trying not to let him know that I had been joking about him being my soulmate for 2 weeks.

So finally, the dating marathon comes to an end. I was able to chat about my blog with a few guys. One even wrote down my URL (hey mister! If you’re reading this). At the end of the night I ended up marking yes for 3 people. One was the guy who was the first guy, second was a guy who worked in the project world like me, and third was the guy I came with. 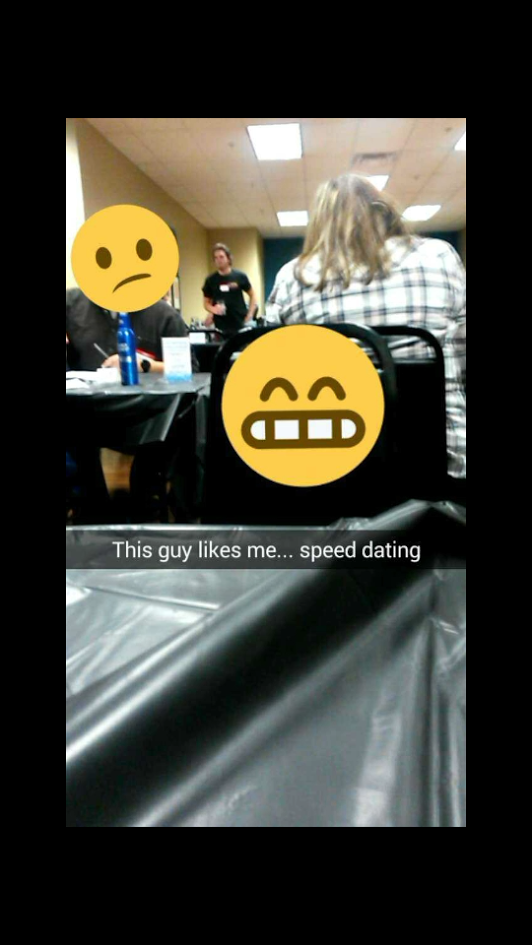 So a few days after the event I got the results. I was not a popular girl at the speed dating party apparently. Of the three guys I chose, only the guy I came with chose me. At that point that was the only guy I cared about so I was fine with that result. Now, I’m sure some of you are wondering what happened to Jason. Well as it turns out he enjoyed choosing between women a little too much… more to come on him…