All good things may come to an end…

This is a little awkward given my last blog… but Jack and I are on a break. At least, that’s what I am calling it. I’m not entirely sure he’d agree with that statement (honestly he probably wouldn’t). Whether we call it a “break” or “breaking up” I have been very taken back by both the decision and most of all my reaction.

My last real heartbreak / non-divorce break up  was back in high school. It was my senior year boyfriend. We dated most of the year and my weekends and evenings revolved around seeing him or talking to him. We went to proms, graduations, and became best friends. This relationship ended (as many relationships during this time)  when he went off for his college journey across the United States. I still remember getting a call from him in a hotel half way and me crying the entire time while talking to him.

My adult experience with a heartbreaking break up is limited to the devastating ending of my marriage. Not really something I think will be mirrored in my dating relationships. However, when I think about breaking up in the dating sense two reactions come to mind.

One is the movie version of a break up. The woman eating a tub of ice cream in front of a sappy movie. After a night of this she goes out with her girlfriends for drinks and meets a new man. The other image I have is a little closer to home and what I typically see on Social Media.  This starts with #relationshipgoals photos, followed by a few passive aggressive quote posts, and finally a photo with a new guy. Neither of these break up situations seem to mirror what I’m feeling and how I’m reacting. So my purpose for this blog is to tell you my unfiltered and not social media approved truth

My co-workers and I were talking about this idea of a crazy meter for women that men use. I’m not sold on this idea but it’s definitely been an image that I’ve had in my head for the past couple of days. I would say I’m normally pretty low on the crazy chart (but I mean all women would say that right?! So take it for what it is). I get about an hour of crazy in every couple of weeks then talk myself out of it. However in the last few weeks, I’ve had the image of the Price is Right yodeler going up a metaphorically crazy mountain.

It started with the initial break up. In the first hour I was angry, crying, in shock and laughing. This was followed up but a period of processing. By processing I mean thinking of a 100 questions, asking Jack 200  questions, and using social media to my investigatory advantage.

The craziest (we are not going to judge Jill) moment was when I created a VERY clearly fake dating profile to see if he was active in the dating site that we met on. This was a 2 in the morning great idea. I quickly deleted the account within minutes and tried to find another answer. Not my proudest moment… by far.

While the conversations with Jack brought the only answers it drew just one large question that I’ll never know. Yes you’ve identified something to consider in the relationship but why aren’t you fighting for us? A question that still goes through my mind.

I have no idea how I’m supposed to be during this time with Jack. I keep hearing that I need to give him time and stop texting. As a matter of fact if I answer yes to the question of “did you text him today?”  I get a laugh, eye roll, or another strong declaration “Jill you seriously need to stop!”

Apparently you’re supposed to show a guy that you miss him by acting like he doesn’t exist. Right now there are 10 things a day I want to send him or say. I try to limit myself to the top one and on rare days two. I just don’t see the value in playing games.

What I am going to do is put myself out there and let him know I’m thinking about him with a funny meme or activity I think he will enjoy.  Trust me, as hard as ignoring him could be, its much tougher to get a “friendly” reply back.

Probably the most surprising thing is how sad I am. I’m a pretty tough woman. I’ve been through a lot in my life and have a “pull up your boot straps” kind of mentality.

However, in the past few weeks I’ve felt like there is a dark cloud following me. I cry randomly only when I’m by myself. I can’t sleep and wake up at 3am thinking and crying.

I thought that since I’ve gone through a divorce that I’d be able to handle this type of thing. My heart has already been so broken and repaired it should be stronger. But what I found is that’s not true at all. One of dearest friends told me “No Jill,  the divorce just expanded your capacity for sadness. So now when you’re half way full it feels like a lot more than before.” 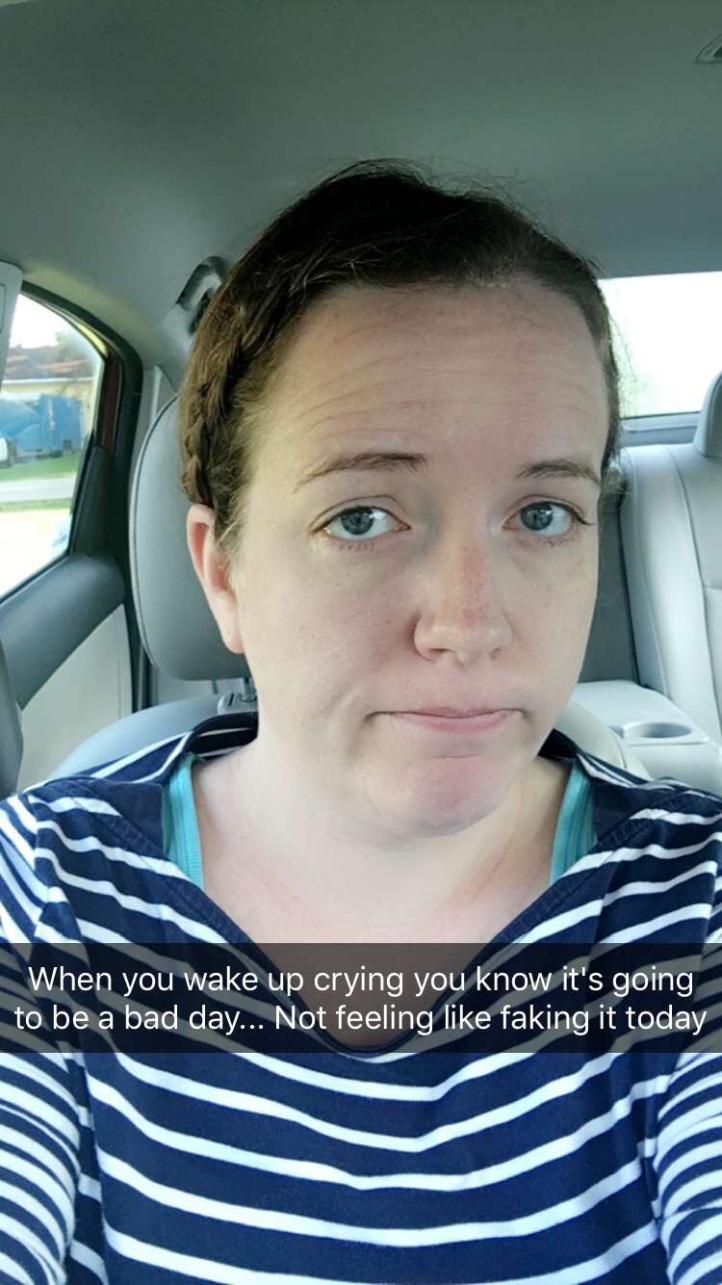 I’m at a crossroad…

Now I’m a few weeks in, I continually think what now? I have been so sure in every part of our relationship. During our initial dating, then our friendship, and then our relationship I’ve had a peaceful feeling about us. Something that says “Don’t worry Jill it will be okay.” What do I do with that now? I’m not sure.

After all of this stuff and reactions I would be “in it to win it” with him tomorrow. The way I see it, we are both adults trying to figure out how or if we can combine our lives. This is something that should be taken seriously. If Jack needs time to think about things I’ll be waiting… Not forever but long enough. This may be precieved as desperation or lack of self worth but  I know deep down our dating adventure is worth waiting for.

PS Jack does not read my blog unless I beg him twenty times to check it out. So again he will not read this one.