How Out of Tune Am I?

So let me tell you a little secret about me… I sing in the shower and car ALL THE TIME! Like legit sometimes for an hour. I always wonder if my neighbors enjoy hearing the cat scratching coming from my bathroom to the soothing beats of Adele, Sara Evans, Dixie Chicks and of course my fave Reba McEntire.

I love to sing in these environments and when there is little expectation (random songs at work)… karaoke… not so much. For the most part, I get really nervous and shaky. So one night at Jack’s and I special date night spot, the place where we started dating, I decided to be brave and sing the Dixie Chicks song “Wide Open Spaces”. It’s my go to karaoke jam and I’ve been singing it in my living room since I was in high school. So, I take a few drinks, start out the performance with the words from the stage “Don’t expect much, I’m okay” with a shrug, and begin to sing. Afterwards, I get a hardy round of applause from the audience. It’s not a high energy song like the Humpty Dance or something that gets the big cheers. The karaoke lady says to me “Wow you’re really good… you should come up here more often!” I smile and say I will.

Jack gives me a high five and is very complimentary and I’m feeling on cloud nine. 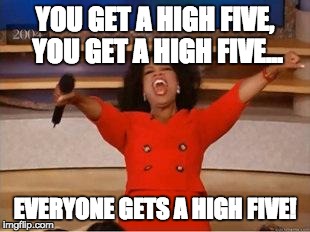 I’m sure you are all thinking this is going to be some great story about how I showed up the next week and got a record deal after my up to par song. But, that would not be the story of my life.

Let me give you a little background and #BTS deets to Jack and I’s relationship before letting you in on my next round of karaoke.  As you are all aware, Jack and I  went from four great dates to the friend zone during our early courtship. What I wasn’t really clear on was the reason why we had this change of relationship early on. I never really wrote about it because 1. I was really hurt by this and 2. I was still trying to figure out the reason why. Now having known Jack for well over a year I am crystal clear.

Before we start officially dating, Jack was not looking for something serious. He dated women but not exclusively. So then on the fourth date with me,  I’m offering to send him a reoccurring meeting planner for 30 days for us to start exclusively dating.  “Jack seriously you can just reply off the meeting planner when you’re ready to date. We don’t even have to make it a thing.”  I didn’t really know him well enough to push dating but I did know him well enough to know that we should start dating… tomorrow.

So after our baseball date Jack goes radio silent… “ghost like” you could say.  I continue to message him here and there. Not crazy because I do have some common sense. Then after a few weeks  I get a message back and boom we’re best friends hanging out and messaging. Not officially dating but taking it slow as friends. I learned that was the way to keep him around because I really loved talking to him.

So back to the present, a few weeks ago, we go back to our special place. We order food and kept the drinks flowing.  Several  beers and bloody marys in and I’m feeling really confident in my performance.

I quickly sign up for my song choice and am the second name on the list. I even tell Jack “try to get a snapchat of this so I can share it on my story”

It was a new song for me “Born to Fly” by Sara Evans. The music begins, no self-deprecating words are spoken to the audience, and I’m bouncing to the beat. 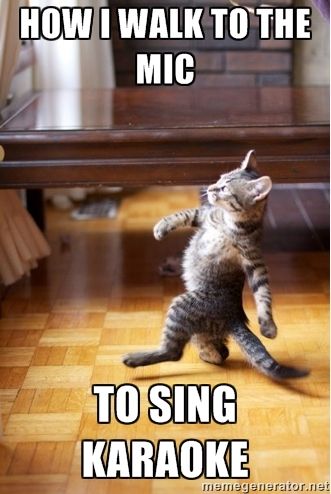 I’ve been telling my dreams to the scarecrow…

And I’m off… not like race car begin off… like American Idol auditions off.  I can tell in the first line in the song. I’m panicking and I can hear my tune get worse and worse. I can’t catch the key and the ring tone karaoke background is not doing me any favors.  The once adoring  karaoke fan lady is now singing next to me trying to get me into tune. I quickly get through the song eventually going into a speaking the words mode. I felt maybe a more serious spoken word performance would work better than what was happening. As the final portion of the song is playing the karaoke lady whispers to me “Go ahead and choose another country song then we can sing it together”. Not the encouraging words of before.

The song ends and people stare. They don’t know whether to clap and the crowd is silent  except for a few pity claps. Then there is Jack. Jack the guy in my heart and now the guy seeing my karaoke demise. He is holding the phone up trying to do a video like I suggested. He’s such a sweet guy and wanted to be supportive until my cover performance end. I see him with the phone and very clearly into the microphone say “Come on Jack, you’re going to be my future husband one day you better clap.”

Lucky for me he laughed, clapped, and has spoken to me many times since. To a guy that was once afraid of a “small meeting planner” was now on board with being called out in public with another Jill crazy timeline declaration. I’m one lucky lady for sure 😉