A few weeks before the New Year, I finally got the nerve to do something I have not done. I asked a guy from real life out for drinks. Not a guy I met in a dating app but a regular real life hottie. I know this may sound easy for some of you but not me. I am very comfortable in the friend zone with most new guys.

Honestly, if it takes a guy a while to answer you can probably guess the answer, a very polite no thank you. However, during the hours of waiting, I realized something BIG! I was more excited by the fact I had the courage to ask then waiting on his answer. Of course, I was a little disappointed and it was a little awkward when I had to see him again. However when I did, I acted “normal”… Yeah dude “I’m normal, you’re normal, we’re normal” and within a few minutes I didn’t have to act… I was normal-ish.

I was so lucky to be married to a man that is killer with budgets! During our marriage I trusted him to run our finances and his excel spreadsheets of 401k earnings was nothing short of amazing. He knew what we had, how much we could spend, and when we could stretch a little bit.

When we first got married stretch was a very big word. He was going to school full time, working full time and working a weekend job. I remember during this we had moments where we had a $30 grocery budget. He determined the budget and I tried to make it work.

Now I won’t say I was always the best at this. Many times later on (when we had a lot more money) I would go over budget. I wasn’t nearly as frugal or responsible as he was.

So when we divorced, with the emotions, and without my spreadsheet voice of reason… I went a little overboard. Kind of like…the life boats on the Titanic overboard. If each passenger in the lifeboat was a separate online store, food place, or monthly delivery place. It can get so bad at times I have NO IDEA what is in the package on my porch.

Truthfully, Amazon may have a small section of a conveyor belt named after me. 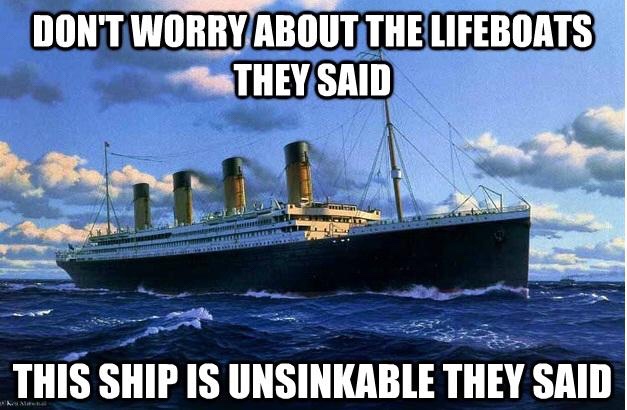 I spent most of 2017 thinking about and predicting how my love life will turn out. I spent the first 10 months sure I found “the one.” Then spent the last 2 months praying for a sign to know if I was wrong. Should I hold on or let go? Would my waiting pay off or should I move on? Cleverly I was praying for a sign of certainty.

This looking for signs almost made me a little crazy. Everything seemed like a sign in my quest for an answer. I prayed to move on many nights and my feelings remained. It was a not a great way to spend the year. After seeing Jack, mentioned in my last blog, I drove around for about an hour. I kept praying “How should I feel? Tell me how I should feel?”

Then clear as day I had a thought “I should be asking for the patience to not need to know and have faith.”

I’m not the most religious person and yet I felt a lot better. I realized I don’t need to know the who and how I will meet my future husband. It doesn’t matter how much I think about or analyze my future I only have so much control. I just need to have faith that I will meet him someday.

Not what you thought I’d say huh?! Well I’m still me and need to analyze something. The good news is I have a man I’m currently analyzing and after a few dates in things are looking up. More on him in the next blog 😉