The Business of Dating Requires What?

Do NOT read this blog if you are someone that believes in too much information… I’m telling you ahead of time it is going to cross some lines.

A little history, I have never really thought much about birth control. I have tried out various forms in my lifetime for various reasons but if I had a baby during this time I would have been excited.

However, now that I’m not married, having a baby brings on a whole new responsibility that is a lot tougher and more complex. I have made it my goal that if were to have another baby,  I want it to be under the “right for me” circumstances. Being married with a joint decision between both people. If neither of those things happen then a baby will not be in my future.

So a few months after I was divorced, I saw my doctor and we discussed birth control options. I knew the pill wasn’t for me because I knew my level of memory and could potentially be holding a baby within 10 months if I tried it. The shot wasn’t an option because if/when my circumstances align I would want a baby shortly after the decision. The patch would make me want to pick at it all the time because I do that with bandaids and scabs. Finally, an IUD seemed too permanent. So I went with the NuvaRing.  While a little weird to put in, I thought it seemed like my best option.

So I had that for almost a year and realized, while I’m not responsible enough for a daily, I was not even responsible enough for every 3 weeks. I spent more time trying to remember milestones to figure out what date I had put it in then if I actually just put it on my calendar. Yes! I know what you’re thinking… maybe this lady needs to rethink having a baby she probably won’t even remember to feed it…

So I went back to my friendly doctor and we brought back the IUD option. We discussed it’s benefits and the fact that it can be taken out by doctor at any time and you can soon get pregnant. I knew all of the factors aligning wouldn’t be for a few years (even if it is Jack*- oh he’s amazing ♥). I had time. So after a few steps (and a negative pregnancy test— whew) I made the appointment. 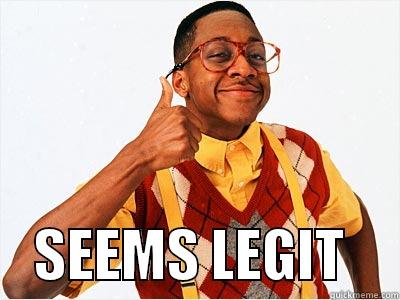 I’ll own this part… After reading about the IUD briefly I didn’t do a lot of research.

Boy was I wrong…

I woke up bright and early to the birds chirping, sunshine coming through the window, and Rae Sremmurd “Swang” playing on my phone. It was a wonderful morning. I put on comfy pants, a warm hoodie and super fuzzy socks. It was Friday so casual dress day at work (yay!) and I was taking full advantage. I was really in heaven… comfy heaven.

I arrived 10 minutes early to my appointment and with a smile on my face greeted the receptionist and gave her my information.

She said “the doctor is running about 20 minutes behind but we’ll get you back as soon as possible”.

“No problem” I said as I sat down on the chair… blissfully unaware of what was about to happen.

I get called back to the room and they check my weight. It was about 6 lbs down from the first visit so I was feeling good! Just another bonus to my already relaxed day. I had to pee in a cup, and while never a favorite thing to do, it was relatively unmessy. Again… another plus.

I get to the room and it should’ve been my first sign. The room was on the other side from where I normally go. “Oh we’re going to the left here?” That’s weird I thought. The nurse tells me to remove my clothing but I can keep my socks on. I was glad because in my morning routine I put good smelling lotion on my feet and they felt so cozy in the fuzzy socks.

So I undress and wrap the sheet they have around me. The table is a lot different than I expected. It was very short and I didn’t know how to move the top part to offer back support. So sitting there unsupported, naked, hunched over, and a little cold… I waited and waited some more. I wasn’t going to take the chair that is always in the office because I had my business out and that’s just gross.

I continued to wait for another 45 minutes. Apparently, my definition of a “little behind” and the receptionist was a lot different. However, I remained positive. I figured this doctor is dealing with something rather important to keep me waiting so long. I mean after all what if a baby was being “surprised born” from the other room. Who knows?!?

So after 45 minutes the nurse comes back in and says “You didn’t have to take off your top half. We’re not doing anything with that.” Serious face. “The doctor just got back in the office and you’re second.”

So of course I run to get my bra and hoodie back on. Normally taking my bra off is one of the best parts of my day (you ladies know what I’m talking about) but this time with the no support I wanted to put that baby on.

So the doctor finally comes in about 45 minutes later… Yes I waited an hour and a half. He pulls out the other half of the table and immediately I think “Are you kidding me? I could have been laying down this entire time?” He then puts me in position and sweetly with that soothing doctor voice says this:

“At first you’ll feel a little poke, then a little bit of cramping, and finally a little bit more cramping for about 20 minutes. Then you’ll be done”

I shouldn’t have listened…

So the doctor slowly puts the instrument in “the business” and says “here’s the poke”. It’s really not bad! I mean it’s a little bit of a poke and then it’s over. I barely felt it.

I see the nurse holding the IUD and it looks exactly like the photos. A little bigger than I thought… but it’s not like they have it next to a dollar bill to get an idea of size in the pamphlets. So I’m not surprised.

Then comes the “little bit of cramping”… Let me just explain it like this… It feels like a long metal piece is going into “the business” and then trying to be ripped out “the exit”. Yes, I literally said “What?!?” and moved violently away from the doctor with the metal instrument in me. Little bit of cramping my ass… no literally.

He said “you can’t move” and while I agree.. I also don’t remember anything being that far up in “the business” that it may see sunshine on the other side.

“Tonya, please get me a cervical extender”

It’s not helping much, but it’s not making me want to kick the nice doctor in the face.

Then it’s done. He puts away his instruments and tells me to lay down for about 10 minutes to help my body not pass out when I leave from low blood pressure. I’m laying down trying not to cry and also hoping I don’t pass out. The nurse hands me medicine (without water) and I lay there for the 10 minutes. Literally my stomach is having the worse cramps I have ever had in my life outside of childbirth.  Which I find ironic because that’s what I’m trying to prevent. I figure deep thoughts are what I need at this time to get my mind off of the baby elephant using my insides as a trampoline.

The doctor comes back in and gives me some final advice the pretty much summed into take medicine as needed and come back to see him. Apparently an ultra sound is necessary after this to make sure they “got it in the right place” because after all they are “going in blind”. Really comforting words to half hear through the pain. Then he leaves and opens the door once again “Avoid intercourse tonight and probably tomorrow as well.” I laugh… out loud… and say “yeah not a problem.”

So I granny walk to the receptionist. This time not as cheery.  I hover over her desk, making faces, talking like a zombie while she takes 10 minutes to find a time for my follow up appointment. I feel bad for her because you can tell she’s struggling but I can barely breathe so my empathy is about a 3. She asks me if I mind waiting while she talks  to the doctor about scheduling. I tell her in my best zombie voice that I’m completely open and to just leave me a voicemail with the time. I couldn’t imagine standing there one more minute.

I hobble to my car and really wish I had asked someone for a ride. The idea of driving in that much pain was not a good idea. I fumbled through my purse for the packets of Ibuprofen the nurse had given me because I had water in the car.  Now what I should have done at this point was drive home and lay down under my heating blanket. But instead I listened to the doctor and thought the cramping would soon stop and headed to work. I mean it was only 4 hours.

Now let me be VERY clear, everyone would have completely understood if I took the rest of the day off. I have a great job and very rarely call off so it would have been PERFECTLY fine. But instead, I made the wonderful decision to go to work and tough it out. I even stopped to pick up Chipotle because I had promised a coworker a working lunch meeting. Again, he would have completely understood if I cancelled.. but I pressed on.

I stood in line at Chipotle during their lunch rush and leaned up against the wall and prayed that I didn’t pass out from the pain. The baby elephants and turned 3 months and had gained a few pounds. I then went to work.

I knew my face was white and I won’t say I was at my best… but I was able to press on for the couple of hours. I heard a lot of “You don’t look good”.. “are you in pain?” and “go home” but I wanted to get work done and I was in back to back meetings and didn’t want to miss any important information.

I left work on time and then continued to cramp for the remainder of the night. It wasn’t nearly as bad as when I got off my feet and laid down. My pain cramping finally stopped a couple days later, just in time for my monthly to start.

Things I should have done:

Let me just say… if during my ultrasound they find the IUD isn’t placed in correctly… I’m going to go for the patch… picking and all.