Growth is Harder than I Thought

Write a persuasive letter to a company

I immediately knew the topic. I was going to write to companies asking them to make more modest prom dresses. As a recent Mormon prom attendee, I had struggled to find a dress that matched the dress guidelines that were encouraged in the church. The dress would need to cover my shoulders, be past my knees and have a high neckline. Needless to say very difficult find and the options were expensive.

When I received my paper back I got a high B on it. I was shocked… not in a good way! I felt like I had nailed it. In statements full of pride I asked the professor why the low grade?

She replied “you are too close to the topic to be objective.” As someone that prides myself on my writing abilities, I walked away and I reread it again and again. I couldn’t see what she meant.

It wasn’t until a few years later (when I was no longer active in the church and outgrown prom dresses) that I had one of those “oh I’m so embarrassed memory moments!” You know the one where it hits you out of nowhere at 3 am and you think “Ugh!” 🙈

just because I respect my self enough to cover my body with more fabric doesn’t mean I should have to pay more for a dress.

So cut to a few nights ago… High School Crush Guy and I are hardcore debating in a bar at 1 in the morning. I think the word debating assumes listening and listening to understand. Neither of those things were happening.

To put things in perspective, it wasn’t our first debate. I had a tendency to say exactly what I was thinking to him which in hindsight wasn’t always kind or necessary.

So a few nights ago, after a night full of jabs from me to him, I decide to ask a question that had bothered me for a while. Except instead of asking in a curious way, I decide to ask in a very frank and judgmental way. It was then the full on debate began. I was passionate about my point and him about his. I’m not going to go blow by blow because it wouldn’t be effective. It wasn’t all that effective that night.

The night ended with him asking to hug it out. Believe it or not him and I are friends and hugging it out is always a good thing.

I gave him a good couple seconds of true hugs and then pulled away. The tears were streaming and I didn’t want to go into the ugly cry. I have a tough time stopping those cries, I didn’t want to be dramatic and I knew it was my lesson to learn.

Also growing up in a household of power struggles crying is a sign of weakness and losing. So I wanted to get out of there and process later. I really couldn’t think straight.

It took that night and the next morning to realize why I was so upset. I had put this man who I have had great thoughtful conversations with and that I respected very much in a very shallow box. A High School Crush box.

Each time he then stepped out of this imaginary box of perfection over the year, I would jokingly or non jokingly make a comment. I had been so close to this perception of him that I hadn’t realized I was doing it. The “atomic blow up” (as he calls it) was the cumulation of those moments.

So the next day I had to see him. I thought about canceling on the group plans, out of embarrassment, but pushed myself into going. I had learned what I had done so I needed to own up to it. I mustered up the courage on drive there in a conversation with one of my close girlfriends.

I walked into the room and honestly we were a little awkward at first.

Then later that night I asked him to talk. I of course apologized right at the beginning. I didn’t want that to be lost in the shuffle. He and I then talked and unraveled our conversation and feelings. It was once again the thoughtful and kindness that I appreciate about him. The talking went on for a while and even moved past to other topics just as important. It was a discussion I needed to happen and one I need to remember for any future actions with him or anyone else. It was really a big moment for another beginning of my growth.

So for any potential future blogs I will refer to High School Crush Guy as Brent*. It still isn’t his name but gives him more depth than the caricature I made him out to be.

As for dating and my feelings about Brent, I’m not sure how I feel. I actually love talking to him but the blowing up of the box blew up my label. It is a little of a mind f$&# to what I’m used to and trying to define a future for myself.

I do know one thing though, whoever I end up with I will look for a man with qualities like Brent. Someone who will care enough to challenge my thoughts, deliver the message in a respectful and passionate way and then offer to hug it out. Also if they are mega hot that’s a bonus I won’t turn down 😘 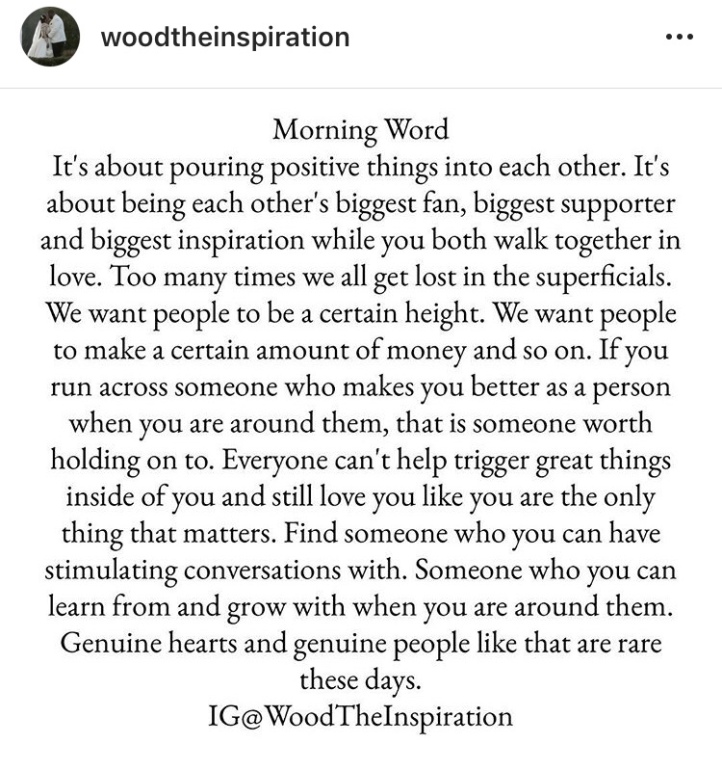 The Cave: An Adaptation of Plato’s Allegory in Clay