So things are FINALLY starting to calm down in my life after my kid’s collapsed lung! She’s doing much better and while she’s not 100%, she’s getting closer.

I don’t think I articulated it well but there was one great feeling that came from my time in the hospital. The feeling was the renewed hope I had about dating and being open to finding my guy!

Spending 5 days with my daughter’s dad reminded me how much I loved having a partner. Even though it was stressful there were times I legit laughed until I was about to cry (in a good, pee your pants, kind of way!)

It was nice having someone to bounce ideas off of and to remind me I needed to take time for myself. A guy that knew my family and our super weird dynamics and would reach in and grab a baby when my sister sister visited. It was a sense of familiarity that I hadn’t had since dating Jack. 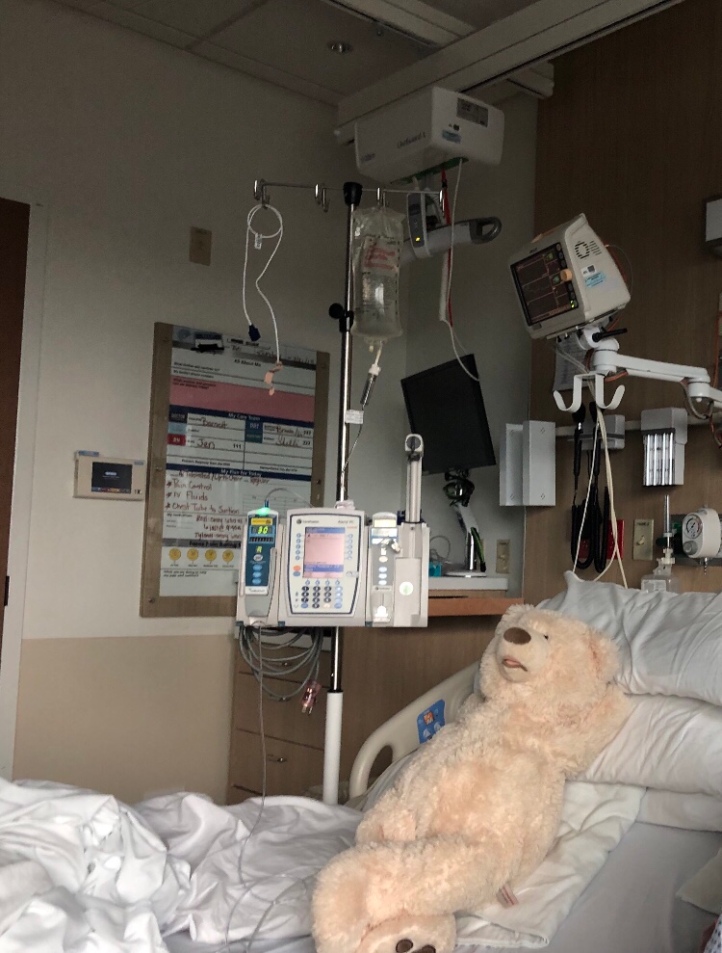 Now don’t get me wrong, while he is a killer dad and parenting partner this did not make me want to marry him again. I just realized how comfortable and content I had become with being single that I forgot the perks of the other side.

Thinking about my goal to ultimately get married made me think about why I wasn’t there or even close yet. I haven’t dated anyone since last September and I have no one lined up now. I’ve hit a huge dry spell.

I needed to think back to figure out why. I realized since I first dated Jack, how much time and energy I had wasted on guys that weren’t into me. I wish I could play the victim in these but each of these guys were honest with me and their intentions. It was I that didn’t want to listen.

When I think about it, it is honestly embarrassing. The even more painful realization are the guys that were into me and I had a true chance and I blew it. I took them for granted and stopped putting energy in until it died.

It’s funny how the universe works…

I have been obsessing about this idea and lesson for the last week or so. I tend to do this when something like a lesson hits me hard.

I made a promise to myself that I would STOP giving attention and energy that was in excess of what was given to me.

I would STOP falling for guys until I knew that they were worth falling for.

The universe laughed and sent me all 3 of my worst offenders to me within a couple of days… yep after months of not seeing them, not initiating contact and I get challenged one after another.

Jack – So I texted Jack a few weeks ago. I hadn’t texted him in months and honestly wasn’t worried about it. Then out of the blue I woke up one morning and felt guilty about all the negative vibes I had thrown his way. It wasn’t who I wanted to be.

I sent Jack a text apologizing for my negative energy. I told him I had been pretty pissed but had moved on and wanted only positive vibes. He said a few niceties and it was done. I felt better.

Then a couple of days ago he messaged me first. It was a funny message about bugs. I replied with an even funnier reply (of course) and he laughed and it was done.

I realized this felt a little too familiar. It was the beginning of the Jack cycle I didn’t want to start again. I hadn’t felt the butterflies with his message but I certainly didn’t want to again. It was going to go nowhere.

I went to a Lizzo concert, got inspired by girl power and blocked his phone number.

Aaron* – So I will say this guy has continued to fly under the radar for a while. Although he was another example of a guy I liked that again wasn’t into me.

Aaron was a weird case because we went on one date, and yet for a while after dating, ran into each other several times. Each time would end in a pretty long conversations and me thinking “hmmm maybe this may lead to a second date.”

He always said no. I didn’t listen.

It had been probably a year since I had seen him and then I challenged the universe. I ran into Aaron at a beer tasting event this weekend.

I was sitting in empty bleachers with my girlfriends eating a soft pretzel and seen him 5 feet away standing next to the bleacher railing.

I yelled “Hey Aaron” and gave a big wave.

I was just expecting a wave back but he grabbed his beer and moved to sit next to me. At one point his friends stopped over and told him they were going to go and he told them he’d catch up to them in a bit. He could have easily left.

We caught up for about 25 more minutes, laughing quite a bit and said our goodbyes.

He was just as hot as before (I mean seriously hot) but I didn’t get caught up in reading into our interaction.

I defined our conversation as just a moment on my days journey. Nothing more or less. I am trying to think about things that way. I think it helps me to not read into situations unnecessarily.

Brent , Brad , High School Crush Guy.. (who knows what he goes by now) – I hadn’t seen Brad in a few months. He’s always gone for work and I am not often in the same hangouts as him anymore when he is home.

It was a mutual friends birthday outing. Brad and I sat next to each other and had a good conversation. I always forget how he makes each person (including myself) feel important when he’s around. He has a gift for this and it’s what makes it harder for me to not fall into my old habits again.

One thing that I always appreciate about Brad is the moment that I start to show any signs of my old feels he will do something to remind me of his intentions. I would love to say it is the universe but he’s pretty smart and I’m pretty sure does it on purpose. I actually appreciate that about him. He’s clear for sure.

So thanks to the universe I got my big 3 challenges out of the way and feel a lot more confident in my goal. I put “for now” after each lesson as I have found the more comfortable I get in thinking I have mastered a lesson the more likely I am to repeat it.

I am excited to get out there and find the man that matches my effort and interest! I really do believe he is out there and cannot wait to experience that kind of love again!I’ve wasted too much time already… but I guess is it wasted if lessons are learned?! 💛