Online dating is a much different experience for guys and girls I’ve found. As a girl, I get to sit back and let the guys write me. Now that isn’t to say that they come to me because I’m this beautiful woman who all the guys like… its because for a guy and girl dating is really all about the numbers.

For me I get about 5-10 first messages on a normal day across my dating accounts. Of these messages I will message back most of them.

The only time I do not reply back is:

1. I’m afraid they look like they will murder me

2. They are not good looking and they say something real profound like hi

3. They are WAY outside of my age range – been messaged by a 93 year old before. (same guy multiple times)

About 75% of those that I message back are the sorry I’m not interested Best of Luck speech. Sometimes it is because I do not find them attractive and sometimes it is because they break one of my Dating Don’t List (future blog). LL- To become attracted to someone who you initially didn’t think was good looking takes time. It does happen in the real world when you get to know someone’s personality and their character makes them attractive but in online dating I don’t have time for it.

So below are some of the “best” first messages that I’ve received.

Guys with a Goal

Many guys that I’ve talked to in online dating don’t know what they want in life. So I admire the below guys for knowing exactly what they want.

This guy’s goal was looking for a babysitter. He was only 21. You would be amazed how many early 20s guys I have message me. One of which I did go out with (future blog) 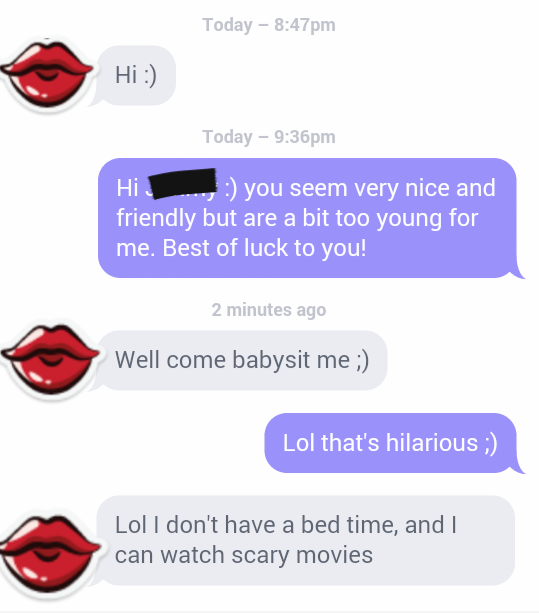 This guy’s goal was to have someone cook for him. I also expect cleaning and birthing offspring was part of his plan. The funny thing was I never mentioned cooking in my profile… 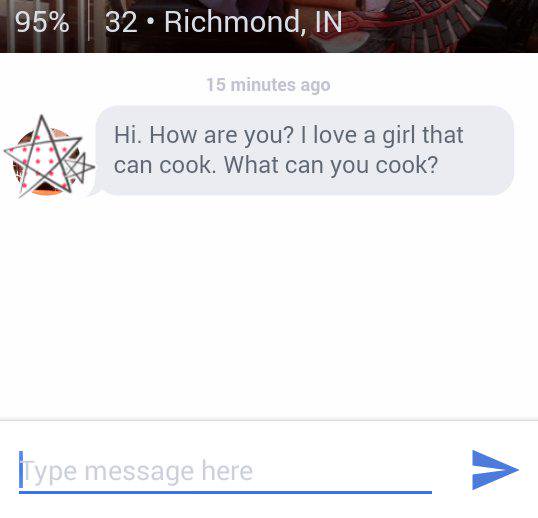 Guys who are Looking for a Hook Up

Online dating is full of people with different agendas. Some people are looking for the real thing (that’s me), some for long term dating, some for friends, and some just for a good old fashioned hook up. I’m glad that the guys below let me know what they are looking for so we don’t waste each others time.
Tinder is full of these “I’m in town looking for a fun time” messages. Here is one that escalated quickly.

To each their own… but not what I’m into. I mean I’m not even into walking in heels on solid ground. He tried to play it off but you know if I had red leather pumps it would have been on like Donkey Kong!

The best messages are the ones that may be repeat opening messages but are so good you have to reply.

This guy said in his profile he had terrible jokes… he was definitely wrong! This was a good one and about Disney. He must have read my blog 😉 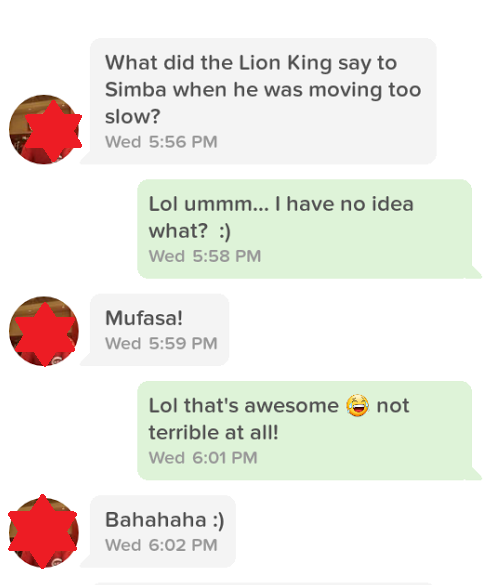 This message may not have ended in a love connection but you’ve got to give him props for the creativity! P.S. He did get my number 😉 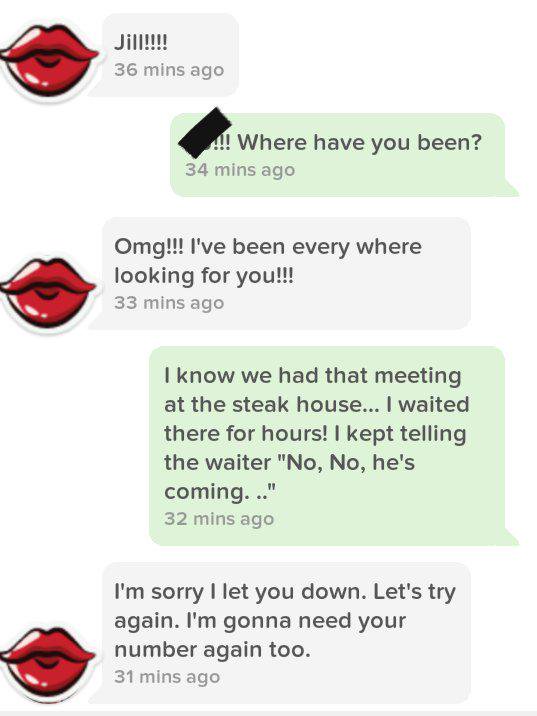 Guys that Read My Profile

The best part of any message is when I can tell the message was written just for me. The below are the guys definitely worth replying to.

One of my first online profiles talked about my Dating Don’t of “Doing a double take or patting a pocket when passing a claw machine”.

This message I just received today. I haven’t replied yet but you can tell he definitely read my profile! Who knows maybe a future dating blog.

A Category of His Own

I think this guy just decided to throw a bunch of adjectives my way… didn’t reply due to rule #1 above.

I don’t envy guys and the pressure that is on them while dating. But, I do think with a little creativity and  taking the time to read a girl’s  profile, any guy has a shot at landing his dream online date.