“Ms. Jill, do you agree with the conditions in this document and understand that this will end your marriage?’

I took the wedding rings that I had kept on throughout the separation, removed them swiftly from my finger and threw them in a small pocket inside of my purse. Those few words and decisive action ended 12 years of marriage both legally and mentally.

My friends told me to take the day off and prepare to cry. It was a death, it was grief, and it was going to finally feel final. However, on the day of the divorce a true peace came to me.  As I wrote in my first blog, I spent the day watching 30 for 30 documentaries and the night creating a dating profile on Farmers Only. 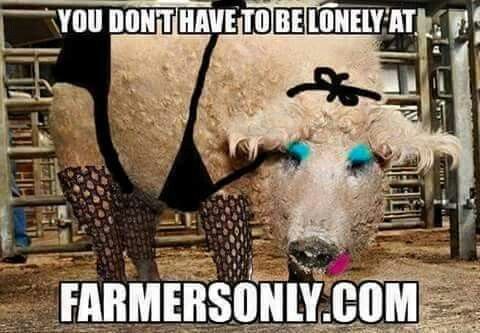 The first year after my divorce was a whirlwind of dating. Since I hadn’t really dated before I had to learn my way through.

It was most definitely interesting…

I wrote about my first date here, but kept the second guy I went on a date a secret… until now.

My second date out was a hot, young 24 year old guy with a killer smile. It took him several messages and pursuing to even get me to agree to go out. Honestly, it wasn’t until I showed my girlfriends his pic that I even considered saying yes. It just didn’t make sense to me.

Why would I even entertain spending time with a guy that I wouldn’t marry?

They said it would be fun…. they were right.

I hung out twice with this cub (since I was clearly a cougar). The first date was dinner at Carrabba’s. I was impressed at his date idea and he insisted on paying. It was something that I wouldn’t have thought a guy in his early 20’s would do.  Our conversation was light and the Italian food heavy.  The night didn’t end in the awkward high five that most of my dates do, but in a hot car make out session. I felt young again!

He showed up to my freshly cleaned house with a six pack of beer in hand (this I would expect from an early 20 something). I ordered pizza and we decided on a movie. The movie we chose was a horror movie. I HATE horror movies, however, I hadn’t found my voice to say no yet.

After a few slices of pizza, drinks of beer, and a couple closed eye movie moments, we continued the end of the night make out session that we had started before.

I would love to say it ended there, but I think we all know how Netflix and Chill ends. We had barely started the Netflix and then it was time to chill.

I am not one to write salacious details, but I’ll give you a few quotes that I said that evening.

“Is this what I’m supposed to do?” Yep,  that first year was fun! Now I don’t want to give the idea that this type of fun was had throughout that first year. It wasn’t. Although, it wouldn’t be bad if it was, it just wasn’t my experience.

Dating was something new and exciting. I was prime for dating… 33 and female.  The possibilities and swipes were endless. It was year and half of meeting  new guys, getting dressed up, and thinking each new date could be “the one”. It was a naive joy that I really miss and keep trying to get back.

I loved telling my friends about each date and each prospective guy! I told them each guy’s details, showed profile pictures and demonstrated navigation of the dating apps.  I was kid in a hot man candy store.

My friends would have wide eyes of hope for promising guys with an idea that this guy may “be it”.  They laughed at each of my learning moments.  It was  after a few months of this that I realized that I should really write my stories down. This stage in my life would only be experienced once.

I hadn’t even read a blog before but have loved writing for a very long time. I really didn’t think people would read what I had to say but was (and am always) pleasantly surprised when each of you do.